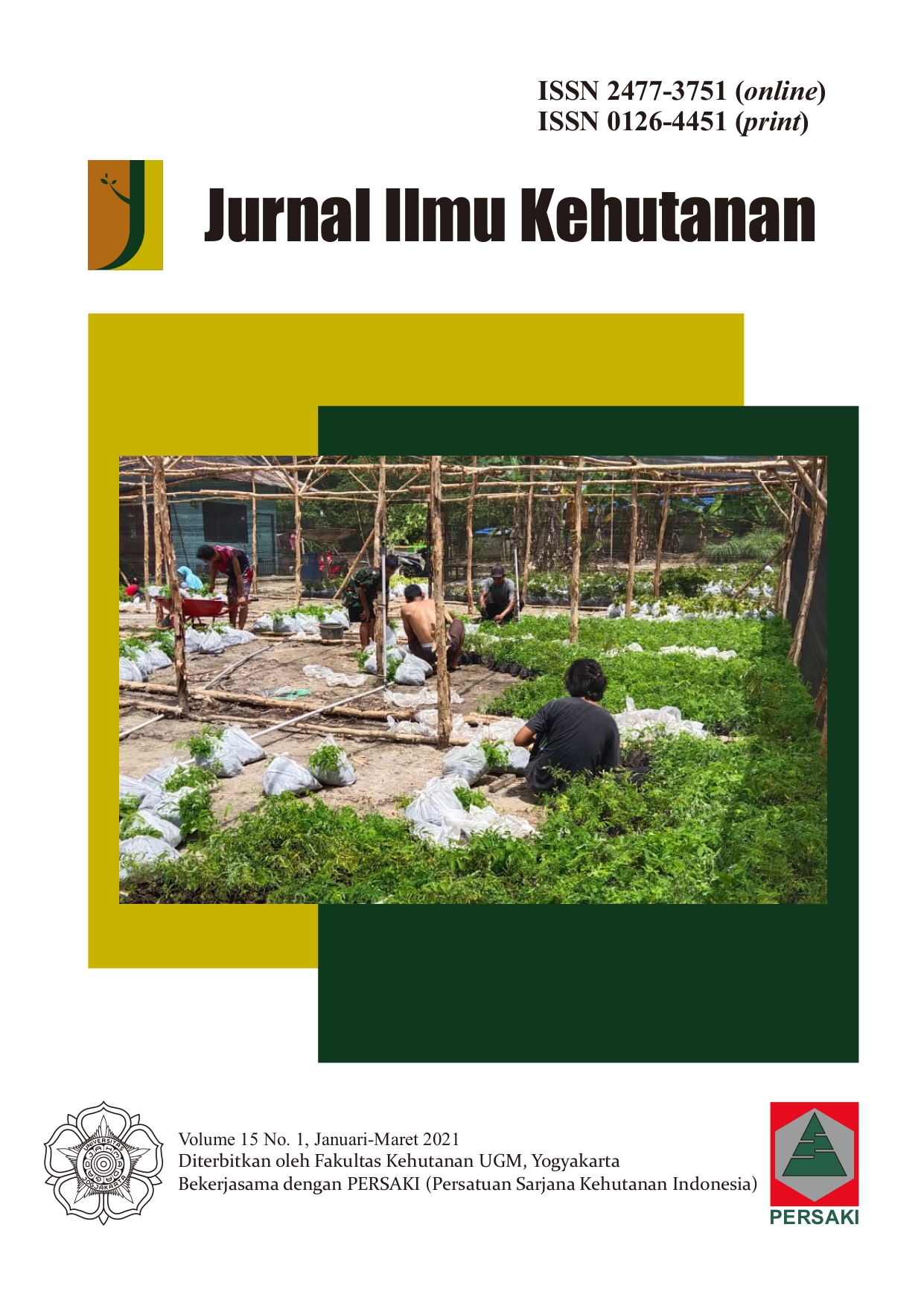 This work is licensed under a Creative Commons Attribution-NonCommercial-ShareAlike 4.0 International License.

Pinus merkusii is the only species in the Pinaceae family to grow in Southeast Asia, including Indonesia, and serves as a source of wood and oleoresins. During the utilization of this pine, the bark is discarded as residue, however, this residue is possibly a potential source of antifungal and antioxidant agents, due to the polyphenol contents. This study, therefore, aims to investigate the antifungal and antioxidant compounds present in the bark of P. merkusii. The ethyl acetate extracts of Pinus merkusii were fractionated to obtain five fractions (Fr. A- Fr. E) and the bioactivity of each fraction was observed. Subsequently, the growth inhibition against Phanerochaete chrysosporium, was evaluated for antifungal activity, while DPPH (1,1-diphenyl-2-picrylhydrazyl) method was used to ascertain antioxidant activity. According to the GC-MS analysis, the ethyl acetate fractions contain triterpenoids and steroids as the dominant compounds as well as minor amounts of mono-sesquiterpenoids and hydrocarbons. The highest growth inhibition exhibited by Fr. C- Fr. E (>60%) indicates triterpenoids and steroids act as a fungal inhibitors. Meanwhile, the five fractions exhibited low antioxidant activity because the steroids and triterpenoids present are possibly ineffective DPPH inhibitors. Also, the antifungal and antioxidant activity R2 values were discovered to correlate 0.3, indicating a low positive correlation.