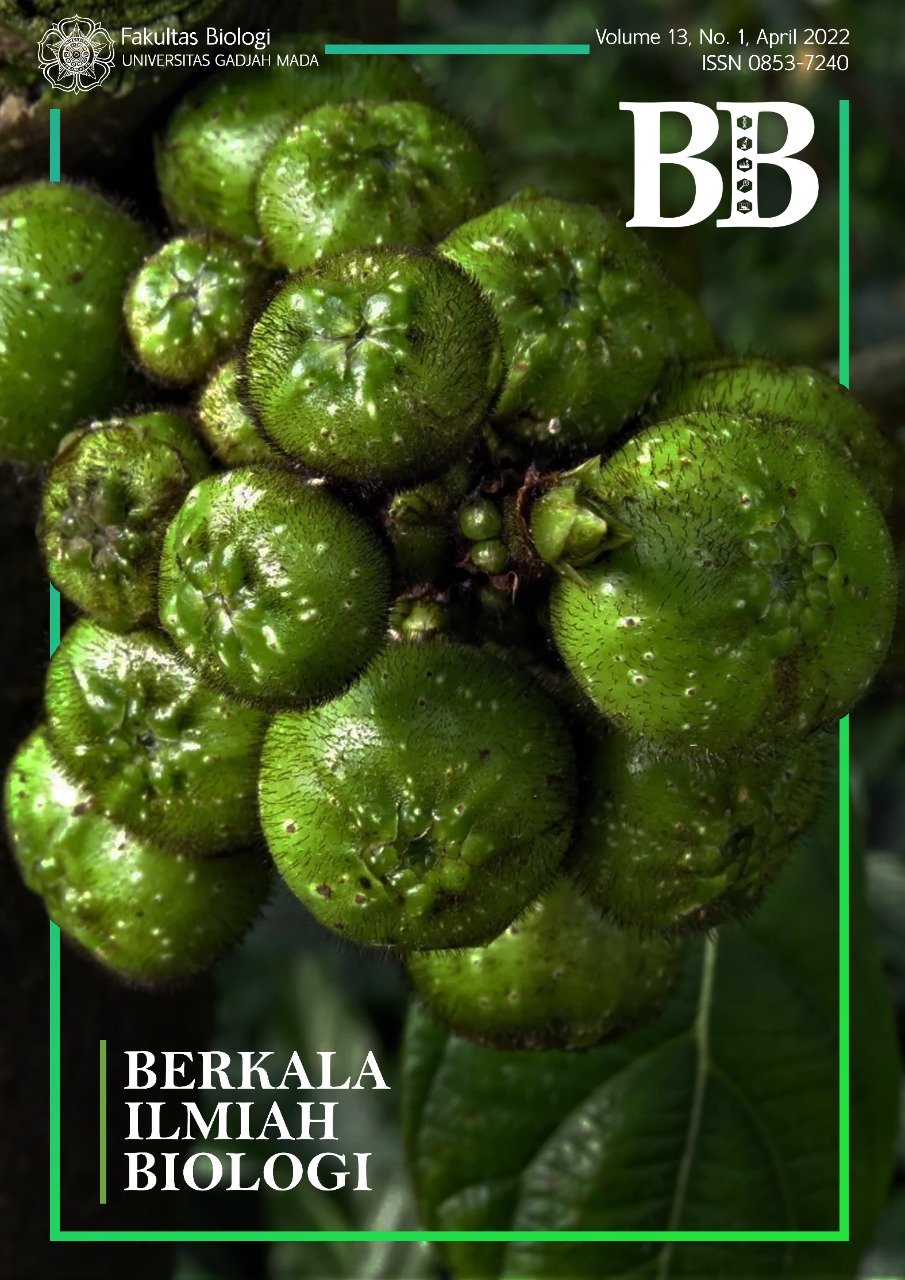 Previous studies revealed that hairy fig fruits (HFF) are safe to consume or no-observed-adverse-effect level (NOAEL). No animals died following oral administration of unripe fruit (HFUFF) or ripe fruit (HFRFF) filtrate, as well as no signs of toxicity leading to sublethal effects. However, the effect of HFF on reproductive physiology has not been conducted. This research aimed to investigate toxic effects of HFUFF or HFRFF on male reproductive system of Wistar rats, specifically spermatogenesis, spermatozoa, and relative weight of testis and accessory sex glands. Procedure referred to OECD TG 421 with some modifications based on results of previous studies. Nine rats were assigned into three groups: HFUFF, HFRFF, and control/placebo. Each filtrate or distilled water was given orally 2 mL/individual/day for 77 days. Data were statistically analyzed based on one-way ANOVA (α=0.05). HFUFF increased values of almost all parameters. HFRFF also improved values of some other parameters, however reduced spermatogenesis index and lowered the percentage of spermatozoa with normal morphology. Animals in Control group gained the most weight and visceral fat mass. It can be concluded that HFUFF did not generate negative effects on male reproductive system of Wistar rats, in fact improved its performance. Meanwhile, consumption of HFRFF must be considered due to the finding. Both filtrates suppressed weight gain and reduced fat deposits, although unsignificant, indicating that they possess antiobesity properties. Further research related to the potential of HFF on reproductive profile and antiobesity is required.

This work is licensed under a Creative Commons Attribution 4.0 International License.