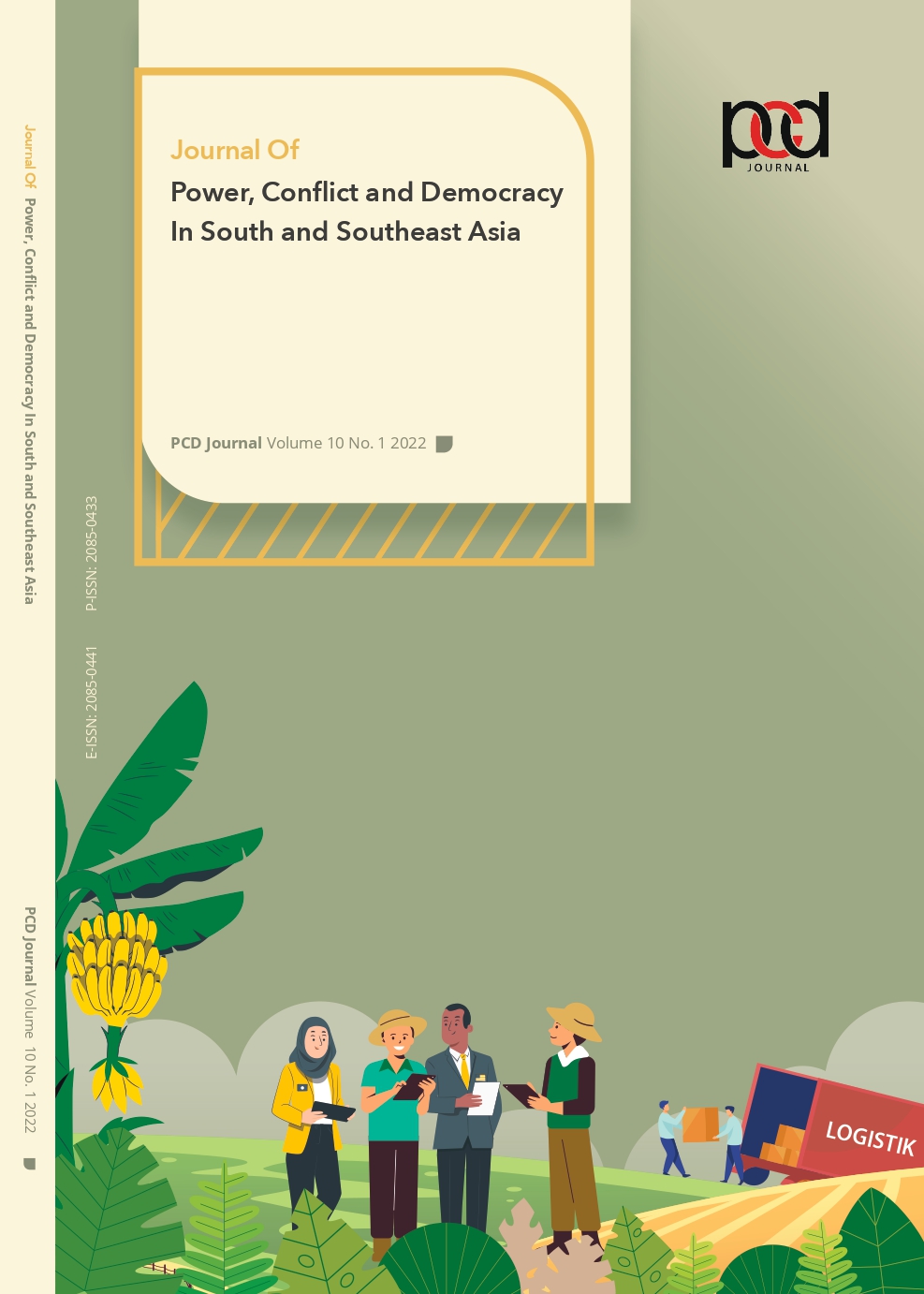 PCD Journal is an initiative to promote works and reports written in high-quality academic standard on the dynamics of power, conflict, and democracy in developing countries, particularly in South and Southeast Asia. Themes on practices of human rights, popular representation, and participatory-based public policy are amongst the interests of the initiative. It is considered that there is a serious lack of scholarly publishers within this geographical area and within these thematic fields, partly, due to the colonial pattern in international publication. PCD Publication seeks to alter the condition. The main discipline area of the initiative is social sciences with sub-discipline areas in political science, human geography, and political anthropology. We invite concerned scholars and experts in related themes to share and discuss their research, knowledge, and works in academically equal spirit. The published works and reports in PCD Journal are under the condition of having to pass through the peer review system, involving international academics and experts.

PCD Journal is currently managed by Department of Politics and Government, Faculty of Social and Political Sciences, Universitas Gadjah Mada (DPP UGM). Operationally, it is managed by DPP UGM research and publication unit, named as PolGov (Research Centre for Politics and Government). This management is continuing what has been respectably initiated by the Centre for Southeast Asian Social Studies (CESASS UGM).

The Politics of Civil Society Forms: Urban Environmental Activists and Democracy in Jakarta

We encourage readers to sign up for the publishing notification service for this journal. Use the Register link at the top of the home page for the journal. This registration will result in the reader receiving the Table of Contents by email for each new issue of the journal. This list also allows the journal to claim a certain level of support or readership. See the journal's Privacy Statement, which assures readers that their name and email address will not be used for other purposes.
Interested in submitting to this journal? We recommend that you review the About the Journal page for the journal's section policies, as well as the Author Guidelines. Authors need to register with the journal prior to submitting or, if already registered, can simply log in and begin the five-step process.
We encourage research librarians to list this journal among their library's electronic journal holdings. As well, it may be worth noting that this journal's open source publishing system is suitable for libraries to host for their faculty members to use with journals they are involved in editing (see Open Journal Systems).