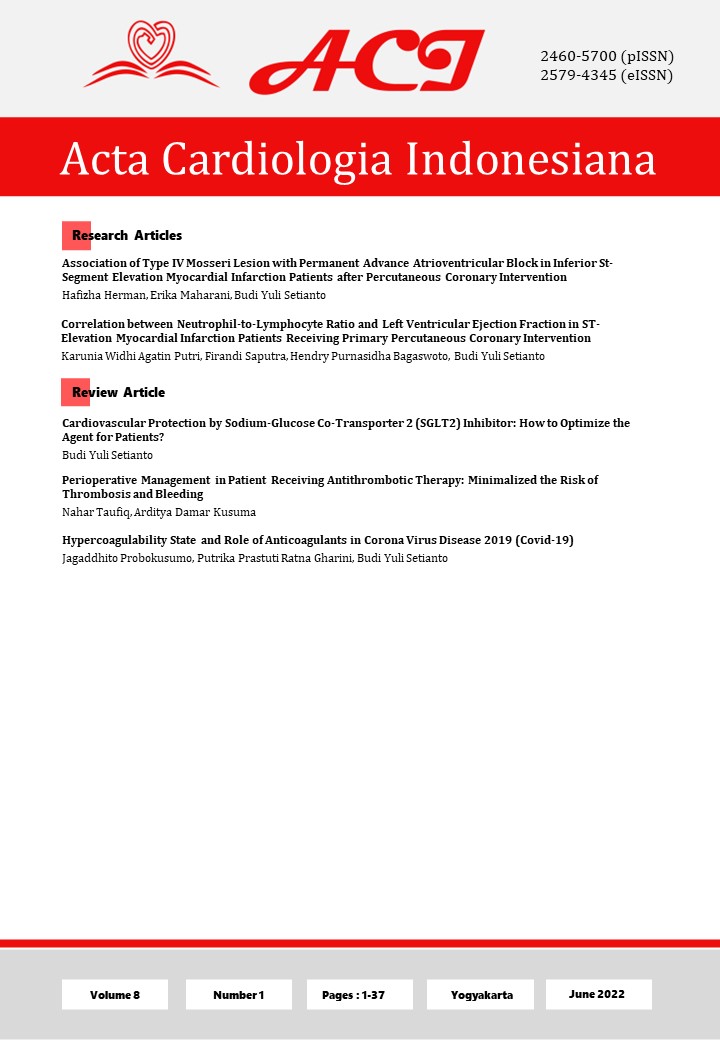 Antithrombotic can be divided into antiplatelet and anticoagulant. Antiplatelets can be classified according to how they act to their receptors. The antiplatelet which act on the Adenosine 5’-Diphosphate (ADP) receptor is aspirin. Another antiplatelet which acts on the P2Y12 inhibitors receptor are Clopidogrel, Ticagrelor and Prasugrel. When both of this antiplatelets were given to the patient (ADP receptor and P2Y12 inhibitors receptor), it was known as Double Anti Platelet Therapy (DAPT). If only one of them was given to the patient, it was known as Single Anti Platelet Therapy (SAPT).